“When we go to bear witness to life on the streets, we’re offering ourselves. Not blankets, not food, not clothing, just ourselves.”
Bernie Glassman Roshi
Founder of Zen Peacemakers Order

Russell Delman, founder of the Embodied Life School, has announced that he and others in his movement will join in a street retreat as a way of expanding the usual Zen practice of meditating in a cloistered setting. The model was originated by Bernie Glassman Roshi who thought that living in an insecure manner would be illuminating for his students and give them a chance to experience their practice in an outside world context. There will be similar street retreats in cities around the world.

Delman said his group will be on the streets of San Francisco Dec. 17-20. While participants will not suffer the angst of not having a home to go back to after the retreat is over, they will live like and with homeless street people for those four days and nights. They will sleep outside, ask for money for food, move around as homeless people must every day, and search for places where they are allowed to go to the bathroom.

“A street retreat is a unique opportunity for students of meditation to experience one’s connection to all of life,” Delman said. “We know we will be ignored, shunned and dependent on the kindness of others.

“This is a living meditation where we have the opportunity to put into practice our beliefs…of everyday life into a larger context. We hold a mirror to who we think we are.”

To sign up for the retreat, e-mail office@russelldelman.com or for more information this link will be handy. 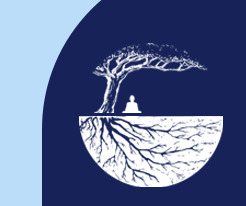 Delman just completed a seminar at Santa Sabina retreat center in San Rafael, CA. The three main components of the seminars he gives in various places in the world are embodied mediation, Feldenkrais movement lessons and guided inquiry. In embodied meditation, participants strive to bring their presence to thoughts, feelings and sensations that arise from moment to moment.

Feldenkrais movement lessons are a unique neurologically based approach to eliminating ineffective habits of standing, breathing, sitting and walking, as well as unconscious contractions due to stress reactions.

Guided inquiry is the study of physical and mental habits, belief structures, relational patterns and communication patterns.  The body is viewed as a vehicle through which the entire human being and one’s relationship to life can be explored.