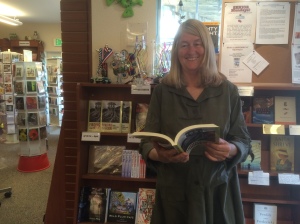 A beautiful day for a reading at the seaside town of Gualala, CA, April 12. Wonderful bookstore, the Four-Eyed Frog. If you are on your way to Mendocino, stop in and say hi to Joel, wife Rosevita, his brother Chris, or beloved dog Angish. Knowledgeable and hip people, great selection and a friendly pup. 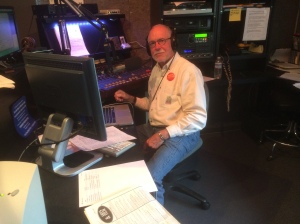 April 11,  I was interviewed on The Tide radio in Gualala, CA, by Joel Crockett who hosts a two-hour show every Friday night. He’s  known as Joel the Frogman because he owns the bookstore in Gualala that bear the name The Four-Eyed Frog. Joel developed a list of songs with the word “home” in the title in honor of Finding Home: How Americans Prevail. And, he played bluesman Keb Mo’s song, “Your Own Way Home” (I quote a stanza in the beginning of the book) right before the interview began. This guy is a jewel.