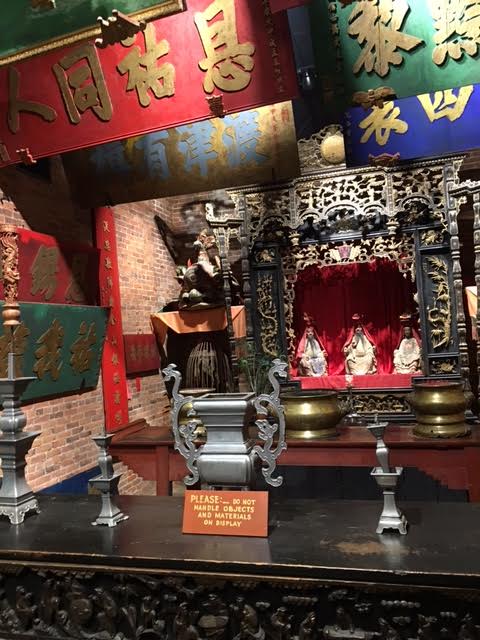 Friends of Marysville (California) Bok Kai Temple spearheaded a “Temples and Museums: Managing and Interpreting Historic Cultural Assets,” conference March 12 and 13. The Chinese American Museum of Chicago put on the event. I attended as a member of the Brannan Island-Isleton Historical Society board and learned that we in Isleton are lucky to have a tong building (Chinese gathering place and temple) that is under restoration. The Bing Kong Tong will have its many artifacts replaced and be ready for public viewing by about April of 2017.

But I learned that many towns’ and cities’ Chinese temples have gone under the wrecking ball, usually to make way for freeways and other roads. Their artifacts have been carried off as well.

Presenters shared their difficulties in preserving Chinese temples and their original contents. They were from Singapore, Victoria, Idaho, New Hampshire, Oregon, and other parts of the United States, along with a number of places in California.

Marysville organizers said their town has a long history of Chinese integration into the community and that they have been valued community members. Chinese descendants and non-Chinese members of town attested to that and urged participants to see the Bok Kai Temple in town. The temple was built in 1865, destroyed by fire the next year and rebuilt. Renovated in 1880, the temple saw 1,500 Chinese and other citizens at its grand opening. It is the oldest continually operating temple in Northern California.

Bok Kai was known as Ruler of the North. He vanquished the Demon King and is known for his ability to bring order out of chaos. He also is considered a water god, providing protection from both flood and drought.

We then adjourned to the Chinese temple in the town of Oroville where the restorer’s daughter gave us a tour of their extensive museum and still-active temple. The temple was built in 1863 and is listed on the National Register of Historic Places.

Conference organizers said that they want to keep the momentum of preservation going and will pass the baton to San Jose and Isleton to host the next two seminars.